Air travel is not only the most sought after and popular means of travel for long-distance but has also become an important piece of the world economy. The landscape of the global air transportation industry has drastically changed over the last few decades. 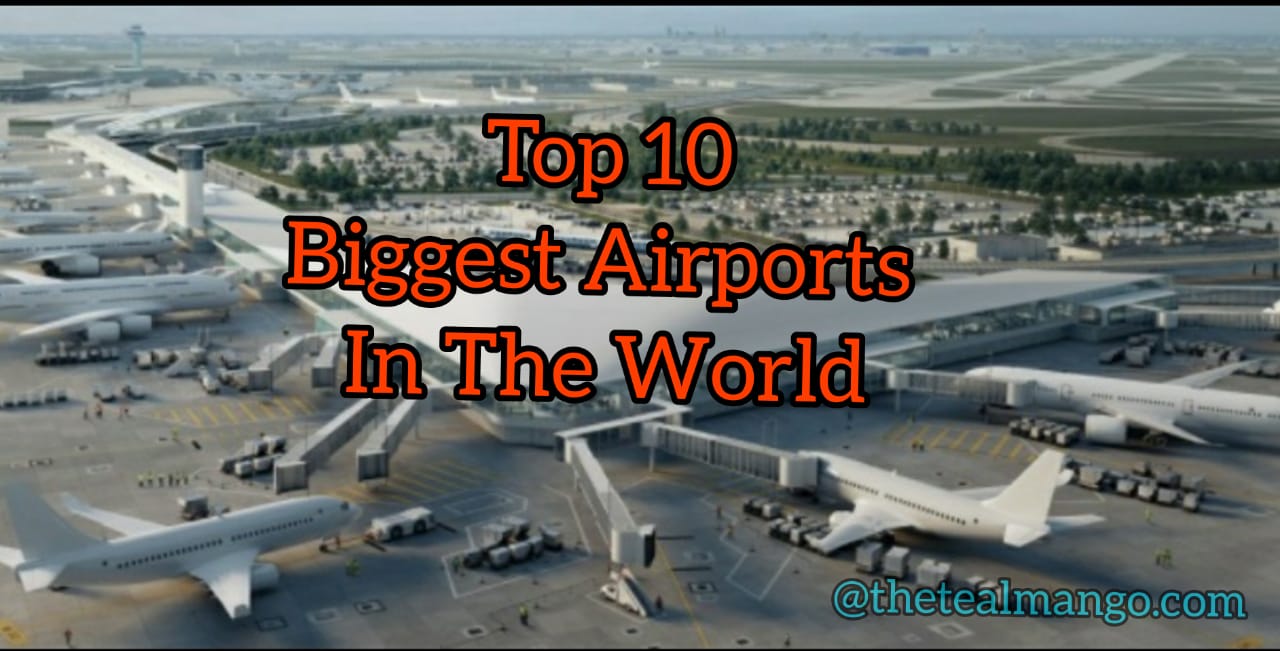 The global airline revenue forecast for 2022 is estimated to be around $461 billion as of Jan 2022 which is slightly less compared to last year’s prediction of $518 billion.

Cities all across the world have built gigantic airports with world-class ambiance and other related infrastructural projects to meet the huge demand of exponential growth in the passenger base.

A few projects are really breathtaking like The King Fahd International Airport in Dammam, Saudi Arabia which is spread across 780 square kilometers, which is about the size of the entire New York City.

List of the Top 10 Biggest Airports in the World 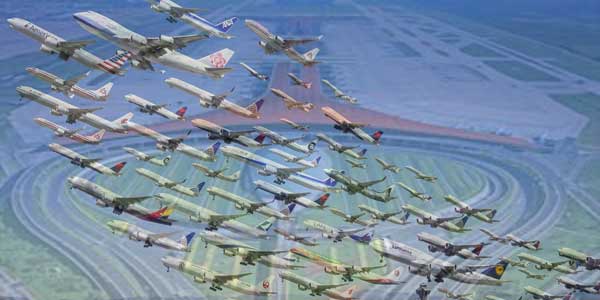 IATA (International Air Transport Authority) has forecasted a staggering 8.2 billion air travelers in 2037 even though the industry suffered a huge setback because of the novel coronavirus pandemic.

You will be surprised to know that some of these airports are so huge that they have their own postal codes as well. There are many amenities available in airports like hotels, restaurants, spas, and malls. So airports in today’s world are a lot more than just a place to catch flights.

If you happen to be a frequent traveler you might have noticed never-ending escalators and hallways at airports and reaching your gate in such airports seems like a herculean task. At times navigating inside the biggest and busiest airports feels as though we are walking through a whole city. Few of these airports ferry tens of millions of passengers every year.

We will take you through the list of the Top 10 biggest airports in the world as of 2022 in terms of area in our article today. 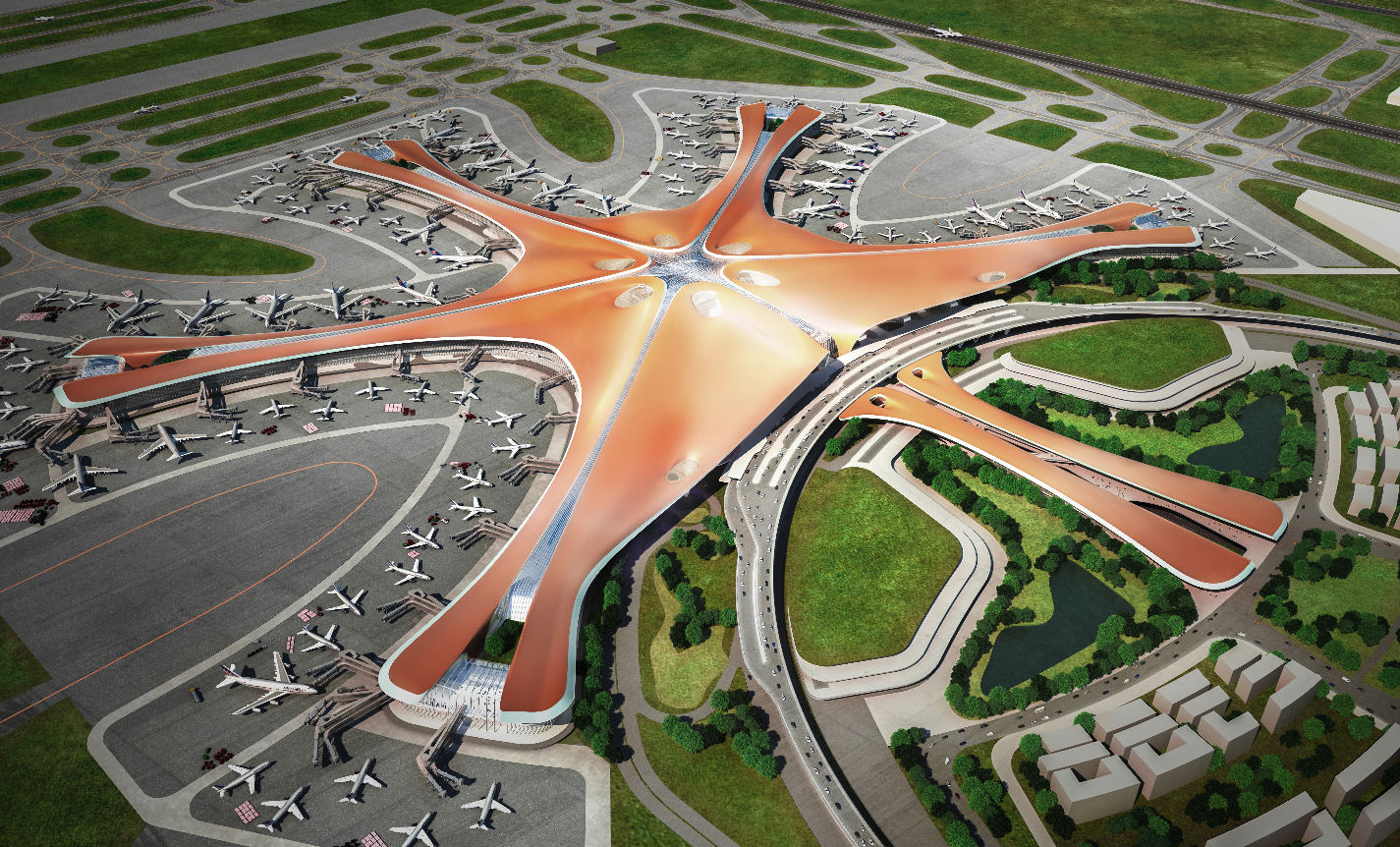 It is evident by the name that this airport is in Beijing, China which was opened recently in 2019. To safeguard the environment there are several solar panels, water management systems, and waste heat recovery systems installed in the airport.

It is estimated that by 2040, this will become the world’s busiest airport handling more than 100 million passengers. The airport’s design resembles a starfish shape so that passengers can move from security to the gate in less than eight minutes. 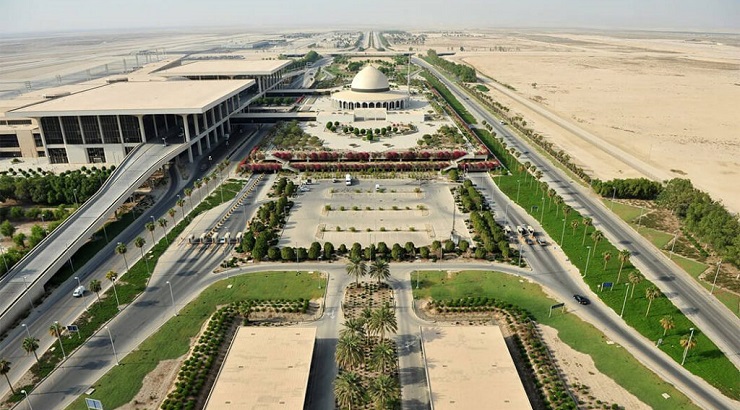 Inside the airport, there is a Mosque that can accommodate more than 2000 worshippers at a time. There are other luxurious amenities available including a Hilton Hotel inside the grounds. 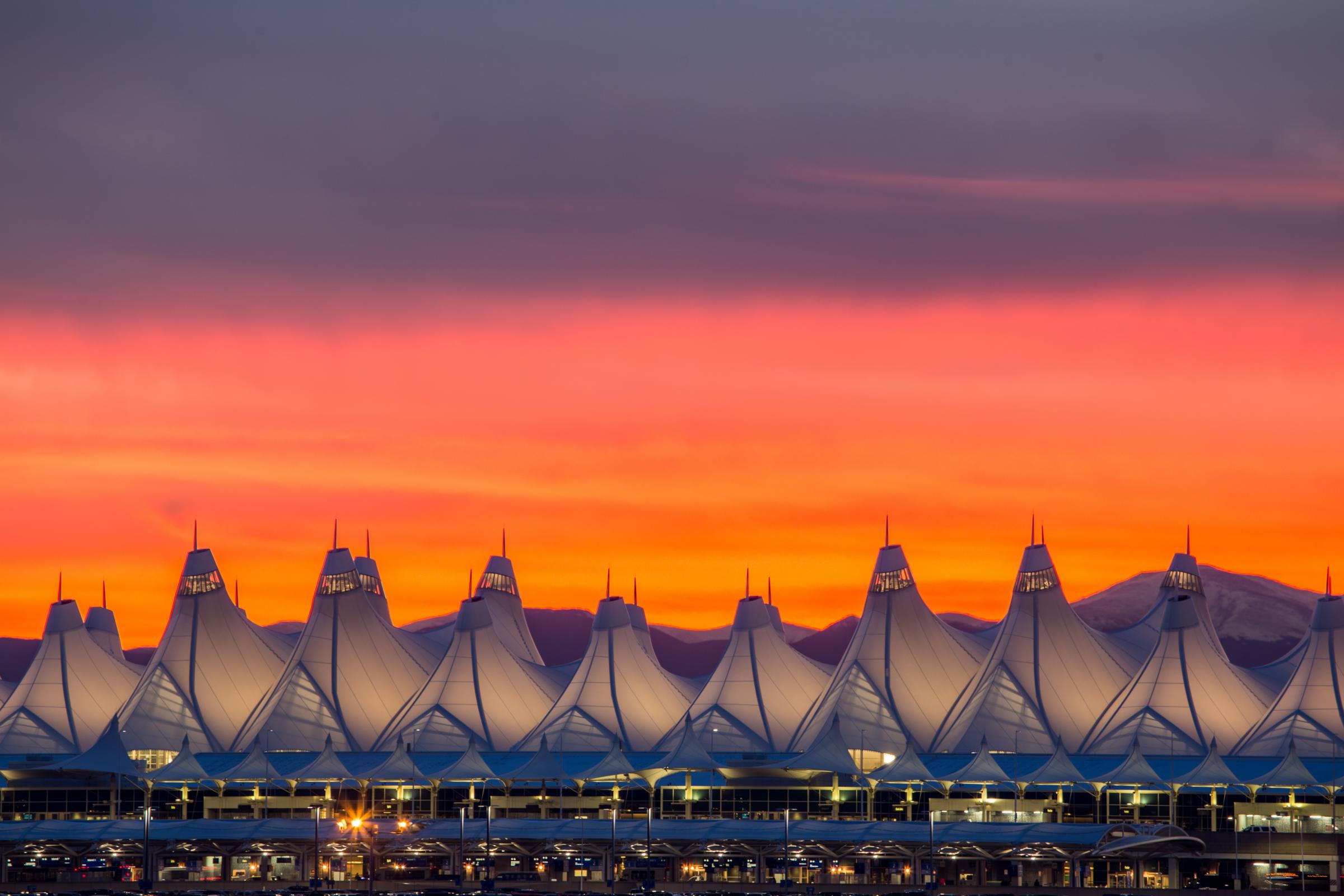 Denver International Airport is the world’s third-biggest as well as the biggest airport in the US. It is spread across huge 52.4 square miles. It is one of the biggest employers in Colorado with more than 35,000 staff.

The airport which opened in the year 1995 now has 23 airline companies with flights to more than 215 destinations. Denver International Airport served more than 58.8 million travelers in 2021. 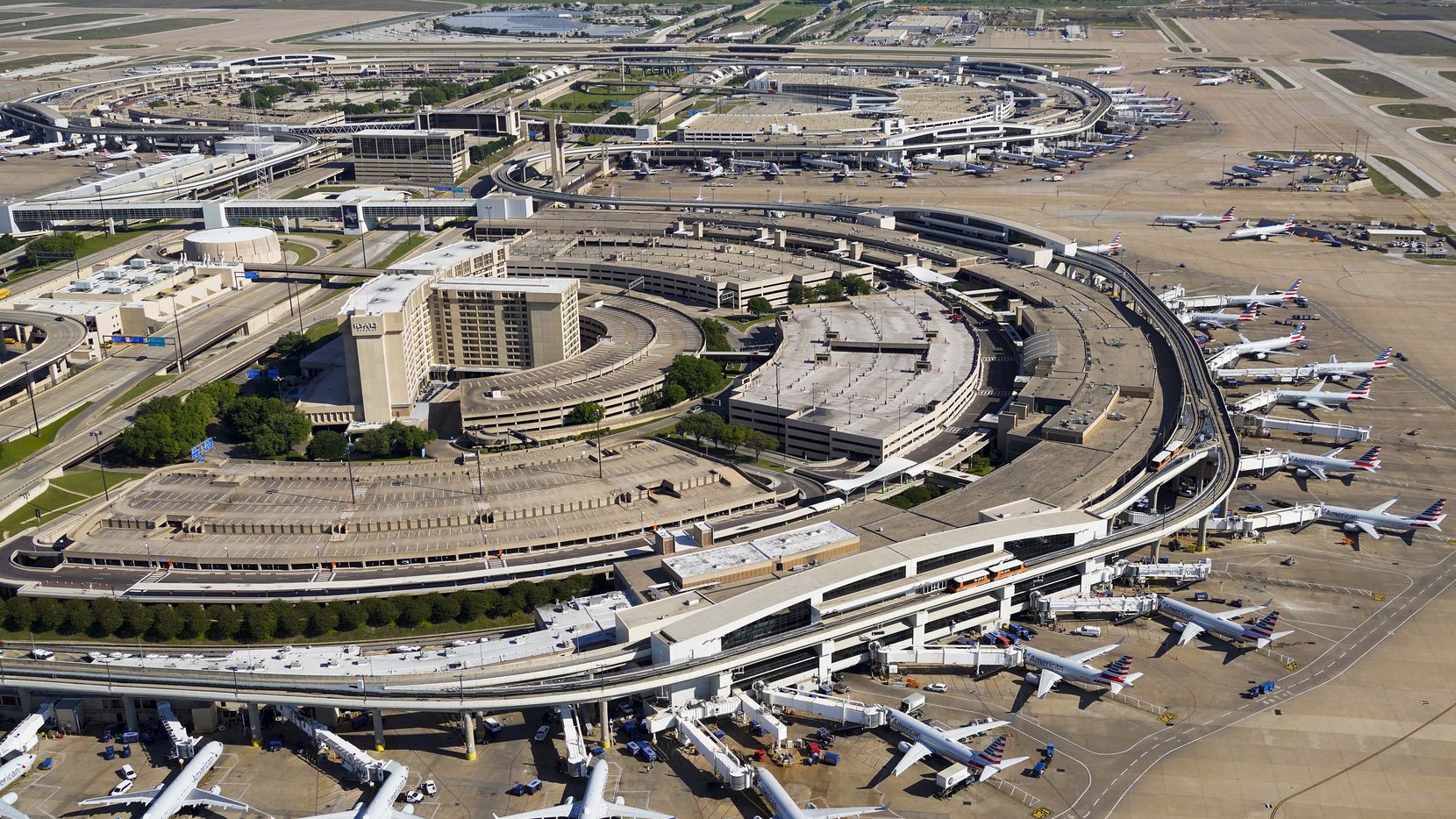 Dallas/Fort Worth International Airport ranks fourth with its own Zip code. The airport spans around 27 square miles. The airport serves more than 260 destinations. 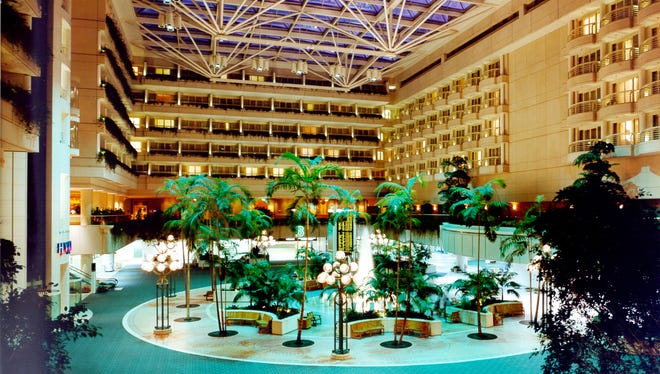 Orlando International Airport is located in Orlando that is home to Disney World. Disney World received a footfall of around 58 million visitors every year and many of these visitors come by flight.

The Airport was planned accordingly 40 years ago covering an area of 60 square kilometers. The airport served approximately 40 million travelers in 2021. 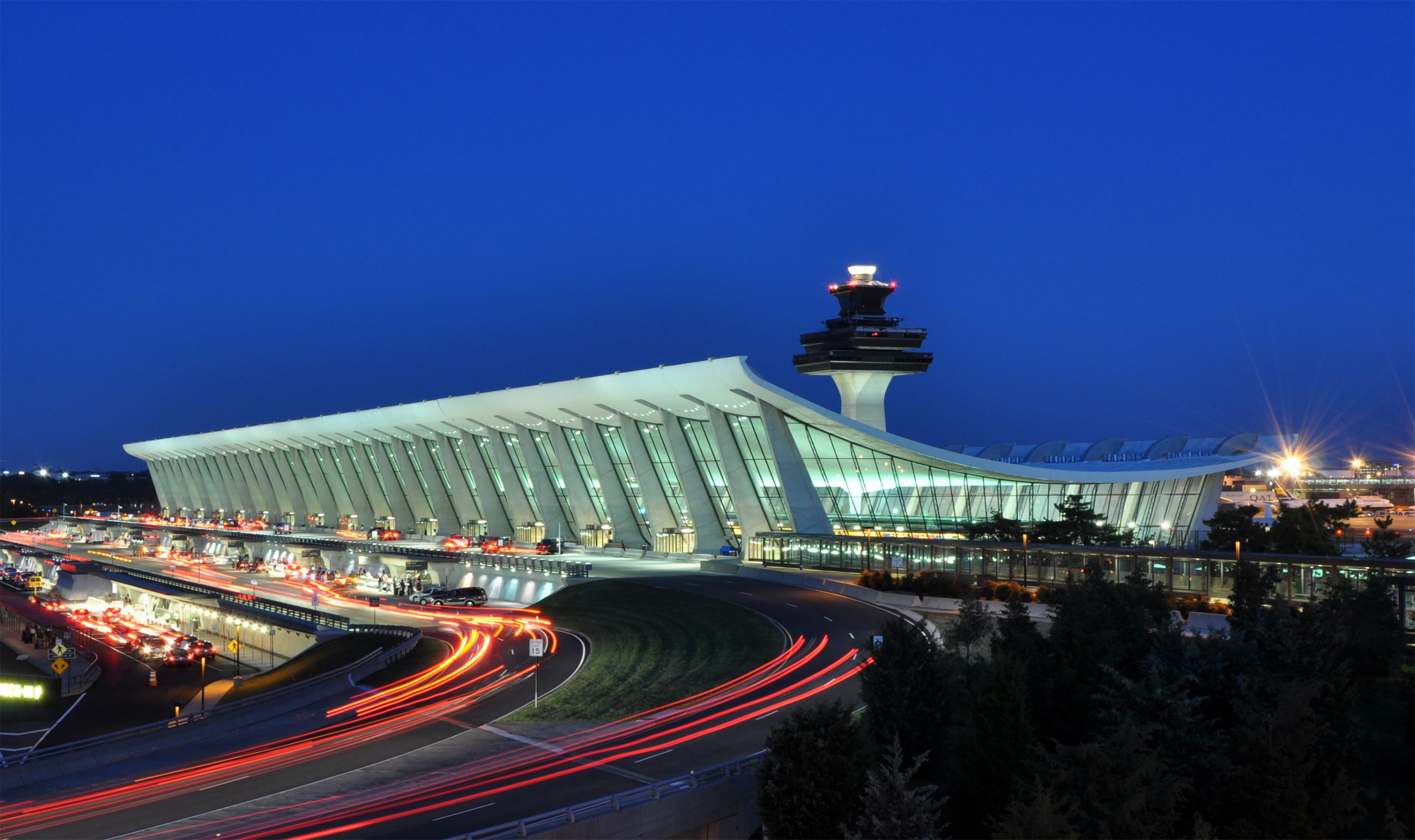 The airport is named after John Foster Dulles, 52nd US Secretary of State. It serves around 24 million travelers a year. 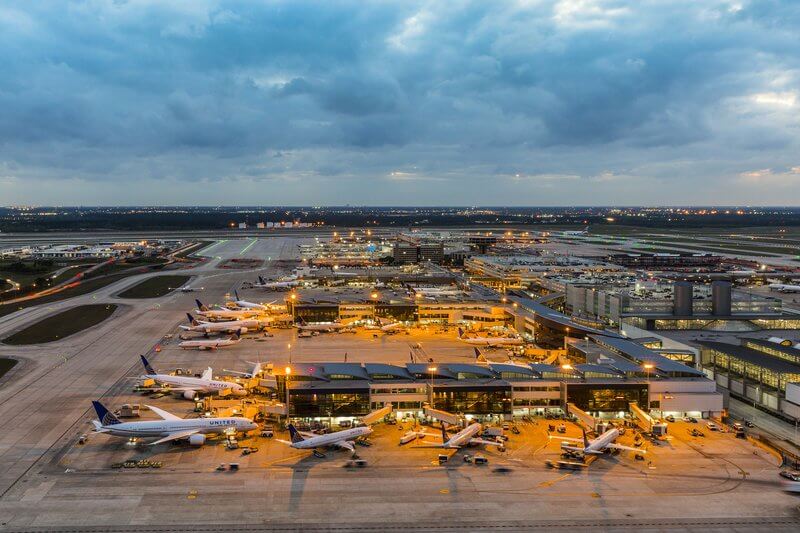 George Bush Intercontinental Airport is located in Houston, Texas that is spread across 10,000 acres. In comparison to Washington Dulles International Airport, this airport is smaller in size. However, it handles 45 million passengers that is more than double the passenger traffic.

It was earlier known as Houston Intercontinental Airport, which was renamed later in 1997 in the honor of US President George H. W. Bush.

The Shanghai Pudong International Airport is the world’s eighth-largest airport and second biggest in China.

Spread across 10,000 acres it served over 30 million passengers in 2021 which is a decline of more than 50% compared to 2020 because of restrictions imposed across the world because of the Coronavirus pandemic. It is the busiest airport in mainland China.

Cairo International Airport is the world’s ninth biggest airport and the only African Airport on our list. It is located in Heliopolis, Egypt with the capacity to handle 30 million travelers each year as of 2017.

The Airport is spread across 37 square kilometers in Heliopolis. Earlier it served as the base for US Air Force until 1963 when African Civil Aviation took over the operations of the airport under its control. 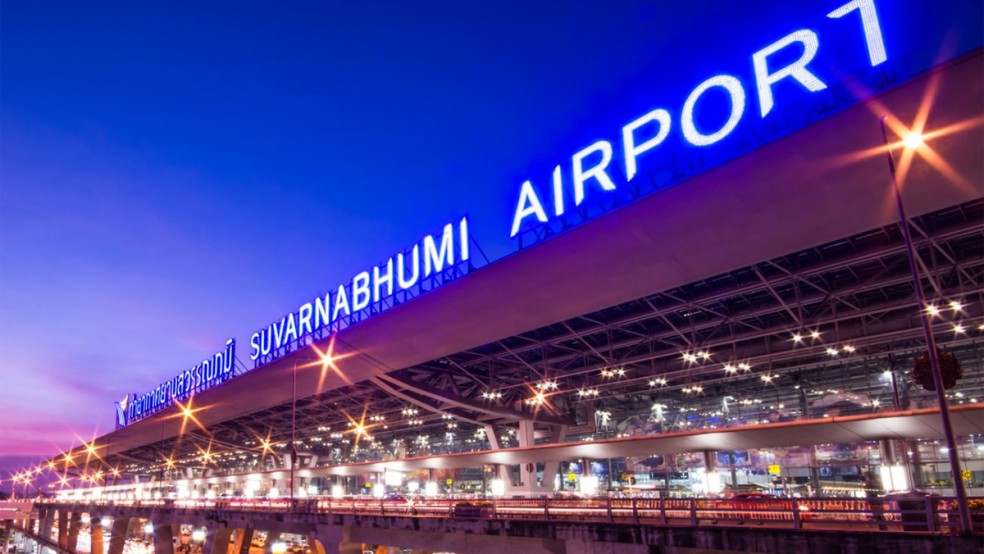 Suvarnabhumi Airport is also known as Bangkok Airport is one of the biggest airports in South East Asia spread across 8,000 acres. The airport serves an average of 63 million passengers each year.

It was opened in the year 2006. The construction cost of the airport was around $5 billion. It has two runways capable of handling 64 flights in one hour.

Hope you found the article informative. Feel free to share with us your thoughts, if any, that can help us improvise our article by heading over to our comments section below!