Zlatan Ibrahimovic is one of the most famous footballers in the world. Throughout his career, the former Swedish international has played his European big clubs, including Barcelona, AC, Inter Milan, Juventus, PSG, Manchester United, and others. Ibrahimovic has an established football career with many accolades and trophies.

When it comes to his personal life, the striker’s lady love is a successful businesswoman, Helena Seger.

Here’s everything to know about Helena, Zlatan’s wife.

Who is Helena Seger?

Helena Seger was born on the 25th of August, 1970, in Orebro County, Sweden. She is the eldest among three children in her family.

Helena did her schooling in Sweden. After completing her graduation in economics, she decided to work for many multinational companies. Additionally, she had been a part of a few transnational films.

She began her modeling career at the young age of 13 years at the Swedish firm Gul and Bla. She also worked with the brands like Bonner, Diesel, Rabbit, Reply, and Malaco Leaf, and set her corporate career as a free sales representative. She began her venture in the sales and marketing sector and later worked with Corona and Hooch and FlyMe.

In 1998, Selena joined Swedish Match and later Austria Tabak. During her time at the company, she also studied other courses like marketing, communication, and brand management. She has also studied fabric embroidery and pattern design.

How Did Zlatan and Helena Meet?

The couple first met each other in 2002. As destiny has it all, their meeting was nothing but a coincidence, for they bumped into each other in a car part in Malmo.

According to Helena, “When we met, he had double-parked his Ferrari next to my Merca. I was in a bad mood and hissed him to move the car. I think he was triggered by my attitude.” Little did she know that the meeting would change their lives forever! Helena rejected his advances as she wasn’t impressed with Zlatan’s traditional outspoken and larger-than-life character traits. However, she gradually discovered that the footballer is charming too.

How Much is Helena Seger’s Net Worth?

Helena is a successful and independent businesswoman. Even before the meeting with Zlatan, she was successfully pursuing her career. As of 2022, her net worth is a whopping $67 million.

How Many Children do Zlatan and Helena Have?

Helena and Zlatan have two children together. On the 2nd of September, 2006, they welcomed their first son, Maximilian Ibrahimovic. The couple welcomed their second son, Vincent Ibrahimovic, on the 6th of March, 2008. 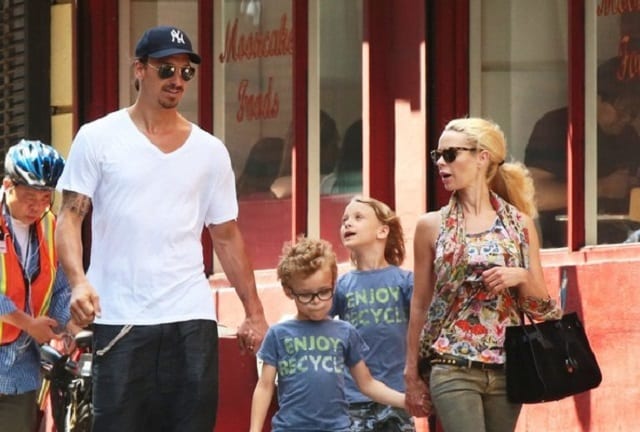 Can I See Helena on Social Media?

The businesswoman likes to keep her private life private. Thus, you will not see her on any social media platforms. Keep in touch for more on your favorite celebrities.