Those days of news anchoring done by female news anchors being dull and unattractive are passe now. Nowadays we find a lot of hot female anchors on almost all the news channels right from CNN to BBC. These female anchors are just so hot and impress viewers with their killing looks.

The way these female anchors dress up and carry their personalities is just awesome. Today we will discuss the 15 hottest news anchors in the world as of 2022. 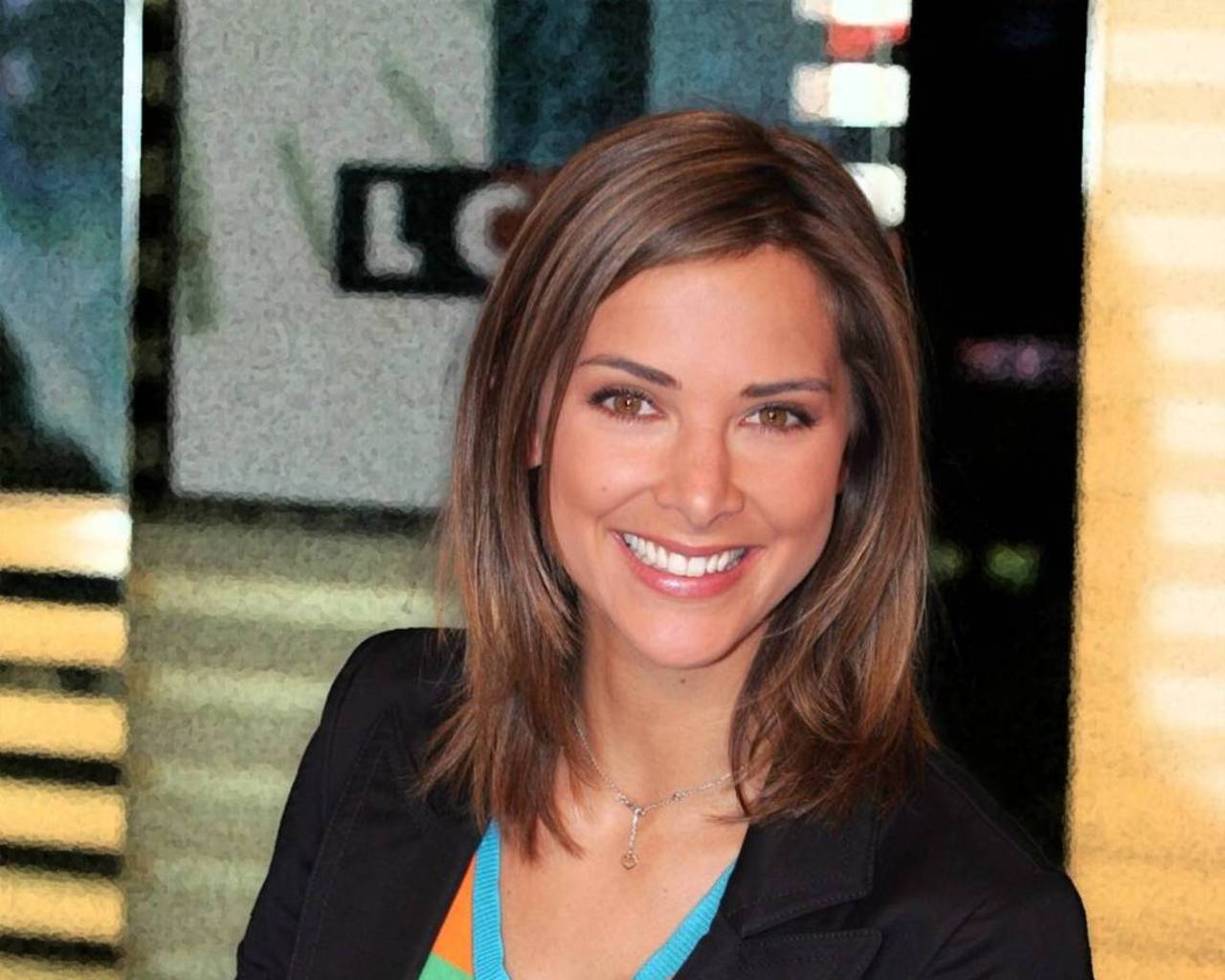 Below is the list of the 15 hottest news anchors in the world as of 2022. Check them out right away!

There is not an iota of doubt that Melissa Theuriau ranks at number one position in the list of the world’s hottest news anchors. Melissa fits in perfectly with the famous idiom that says France and its beauty is eternal. 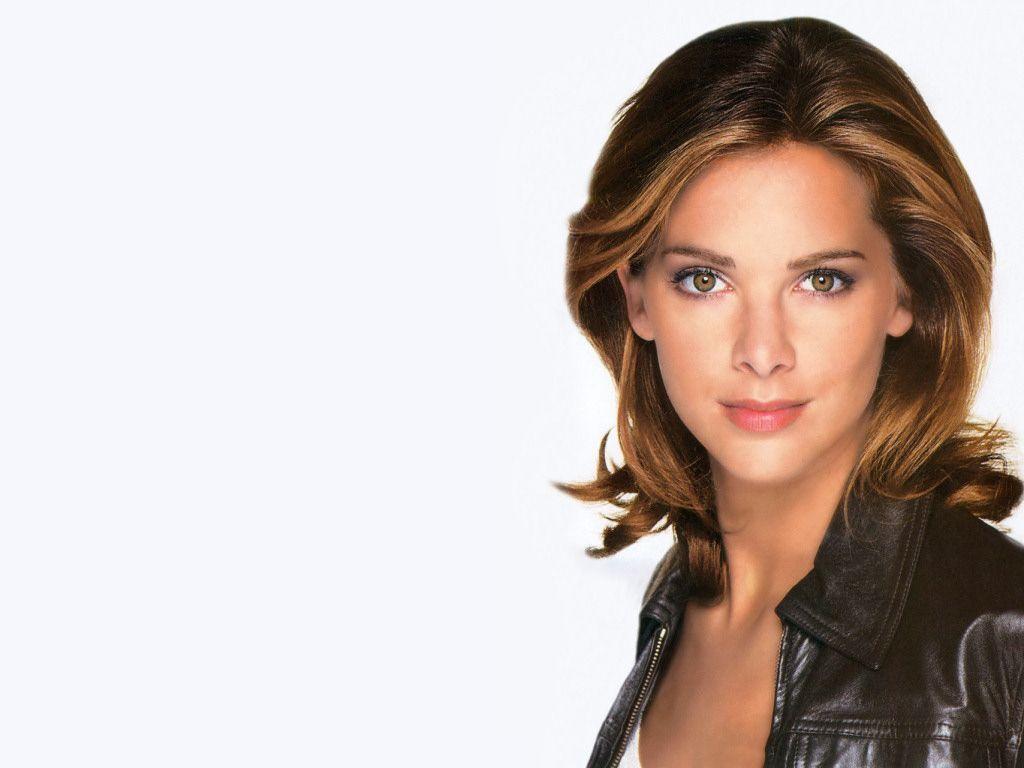 Melissa, a french journalist works at channel M6 in France as a news anchor. She brings life to the show. She completed her master’s in Audiovisual Journalism from the Institute of communication and media.

Melissa was named as the world’s sexiest news anchor umpteen times earlier. Melissa launched the charity organization “La Rose” along with five other journalists which helps in the education of girls in partnership with UNICEF.

Abby Phillip is an American journalist working as a White House correspondent and weekend anchor at CNN network. She has earlier worked for the leading media house like Washington Post, ABC News, and Politico. 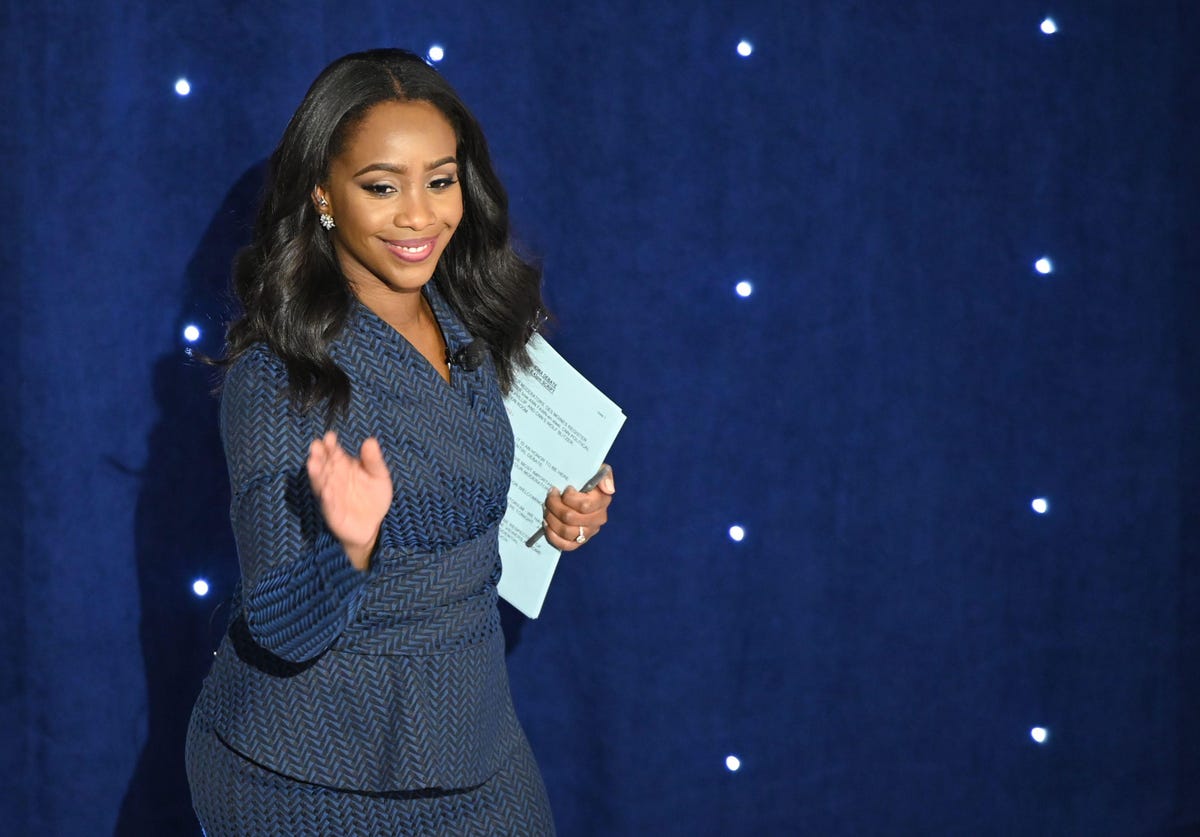 The anchor received applause for her composed presence during the company’s election coverage. She started her career in the field of Journalism more than a decade ago. She also covered major national stories like the church shooting in South Carolina, and the terrorist attack in San Bernardino, California.

If you are an advert sports fan then ensure sky sports is active on your cable to watch gorgeous Georgie Thompson’s show. She makes sports even more fascinating and delightful with her stunning looks. She studied Broadcast Journalism at the University of Leeds in 1999. 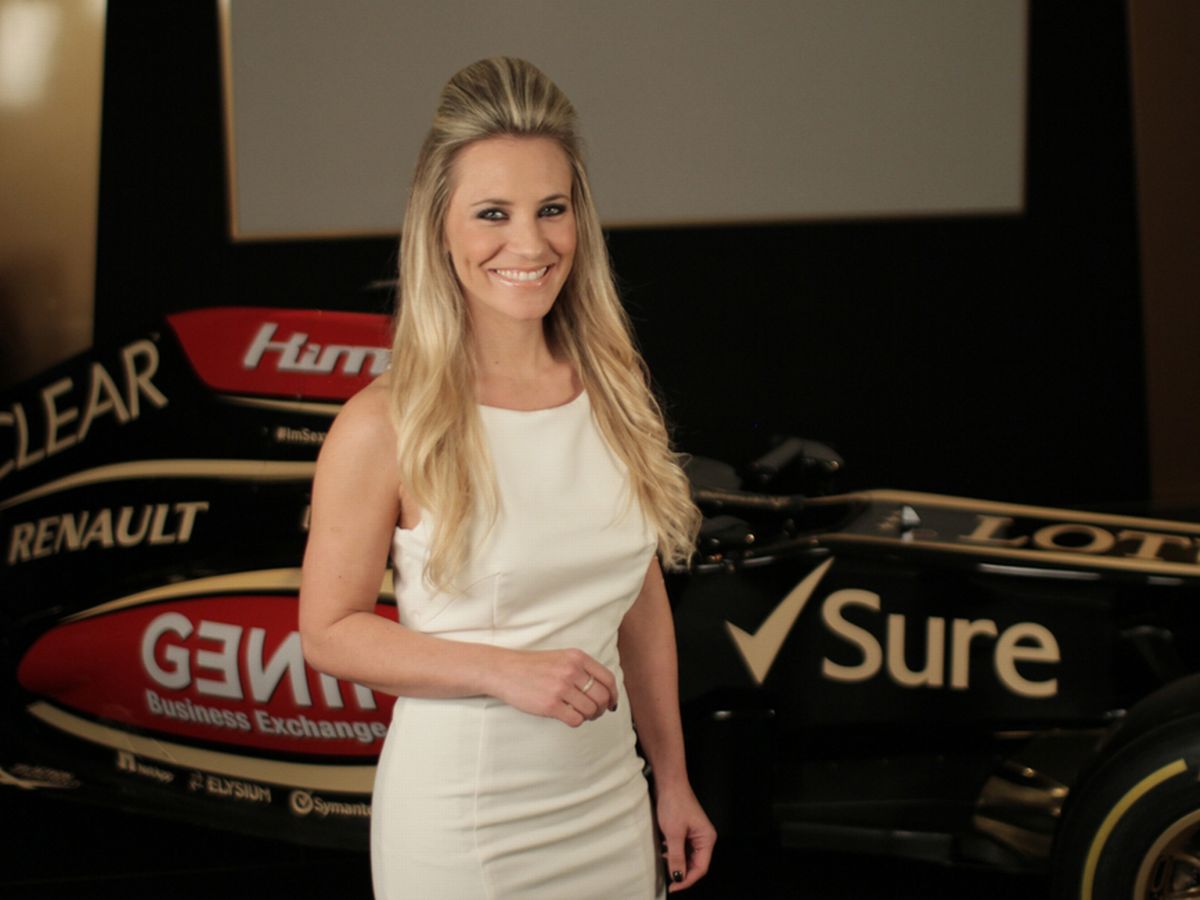 She has covered almost all important sporting events for the network which includes the US Open Tennis, A1 Grand Prix, Grand Prix Masters, Speedway World Cup, America’s Cup, and the 2011 Wimbledon Championships.

Alessandra Villegas is not just a Venezuelan television host but also a social media personality as well as an actress. She runs a show at Telemundo Mexico and is known for her superb dressing sense. 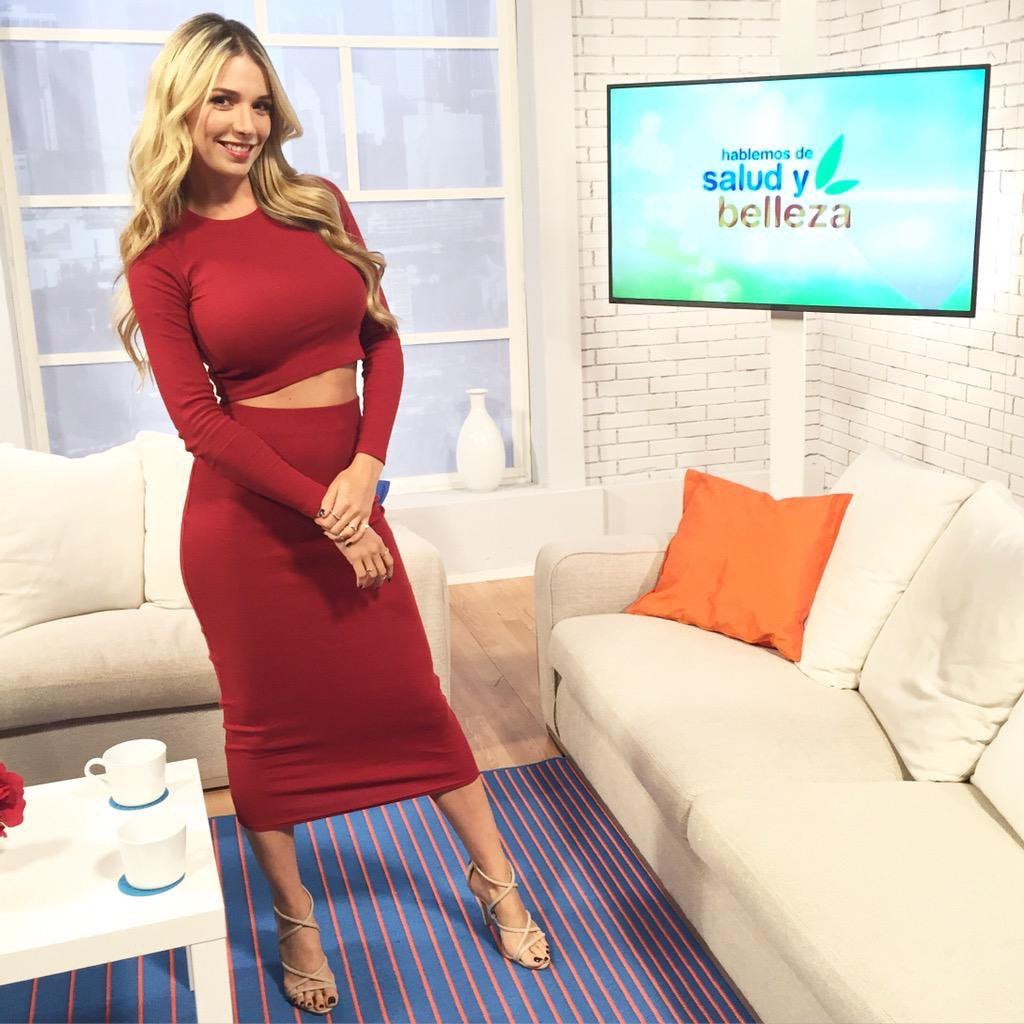 She is active on the social media site YouTube with her own channel where she uploads her videos about makeup tutorials, vlogs, and hosting credits. She is the owner of the VJ collections company which sells belts, bags, sunglasses, etc. You can follow her on Twitter at @alessandraville.

Alessandra was born and brought up in Caracas, Venezuela. She completed her studies in public relations at Broward College. She was the host of the ‘Invasion Caserta’ program telecasted on the ‘Telemundo’ network.

If you like to watch this beauty queen then tune into CNN Newsroom from 2 – 4 pm to see her talking about the news. She not only has great talent but killer looks as well which makes viewers glued to the screen. 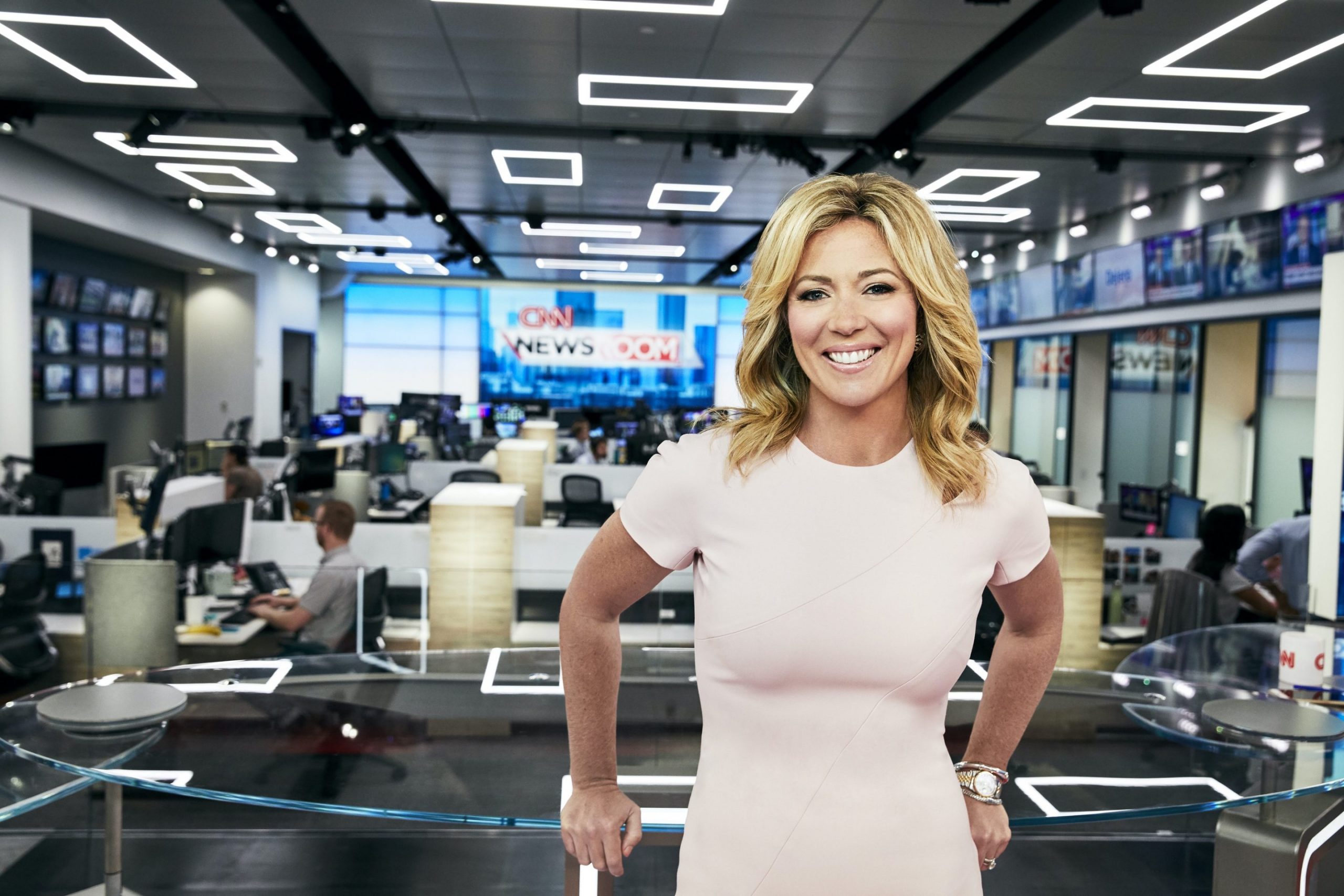 Brooke Baldwin works at CNN which is one of the most prestigious news channels in the USA. Baldwin was born in Georgia. She received her bachelor’s degree in Spanish from the University of North Carolina. Later she did a journalism course from Hussman School of Journalism and Media.

Just a few months back she published her first book, ‘Huddle: How Women Unlock Their Collective Power’.

Megyn Kelly was pursuing her legal career as a lawyer for 9 years before she decided to switch to news anchoring as her career and boys are glad that she did that. Kelly who is indeed very appealing with her deep blue eyes looks really hot when doing her news show.

Well, not sure how the guests who appear on her show concentrate on the issues being discussed!

She worked for Fox News as a talk show host for 13 years from 2004 to 2017 and joined NBC News in 2017. She is active on social media platforms like Instagram and YouTube where she shares her videos and pics. She was on the list published by TIME magazine on the 100 most influential people in the world.

Susan Li is presently a news anchor with the Fox business network. She started her career with CBC and later joined Bloomberg television where she hosted a news show called ‘First Up with Susan Li’.  In the year 2012, her show was awarded as the best news program in the Asian television awards. She later joined the business news channel CNBC and was co-anchor of the Asia Squak Box program. 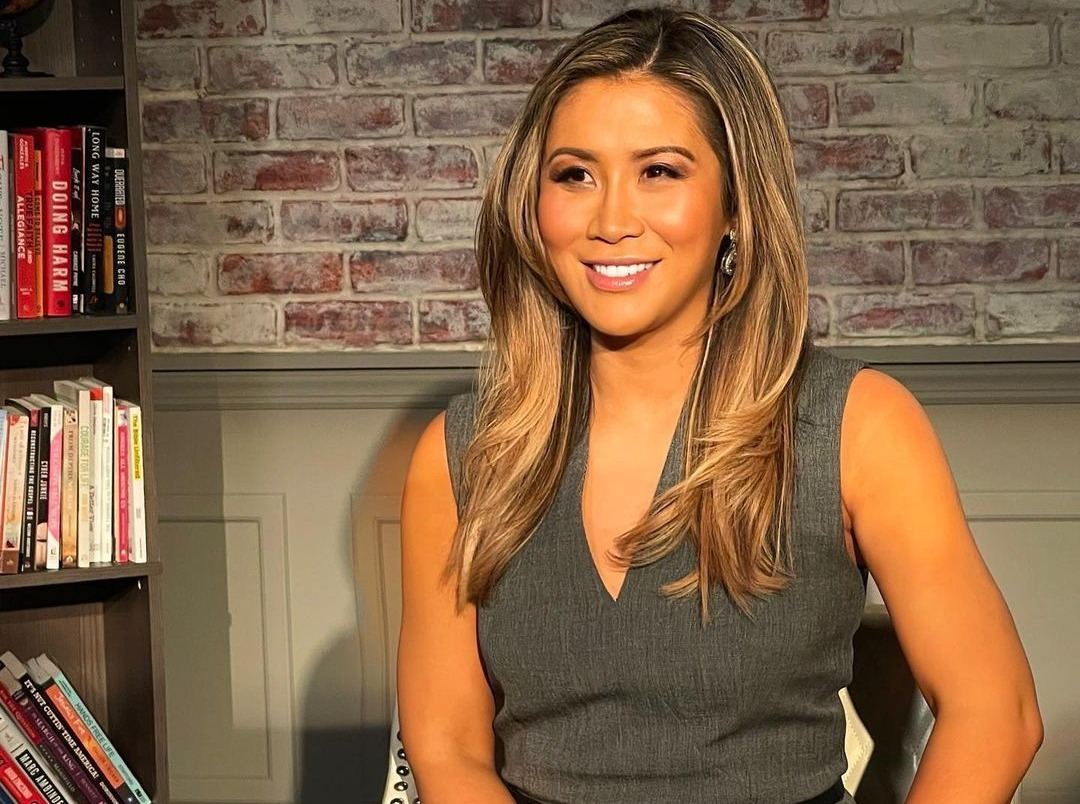 Susan Li was born in China but grew up in Canada where she completed her degree in economics from the University of Toronto. She is extremely beautiful and a sight for sore eyes.

American journalist and television personality, Abby Huntsman rose to prominence as a host on MSNBC and NBC News. She joined the Fox News channel and became a general assignment reporter. She is also co-host of the daily morning news program Fox & Friends Weekend. 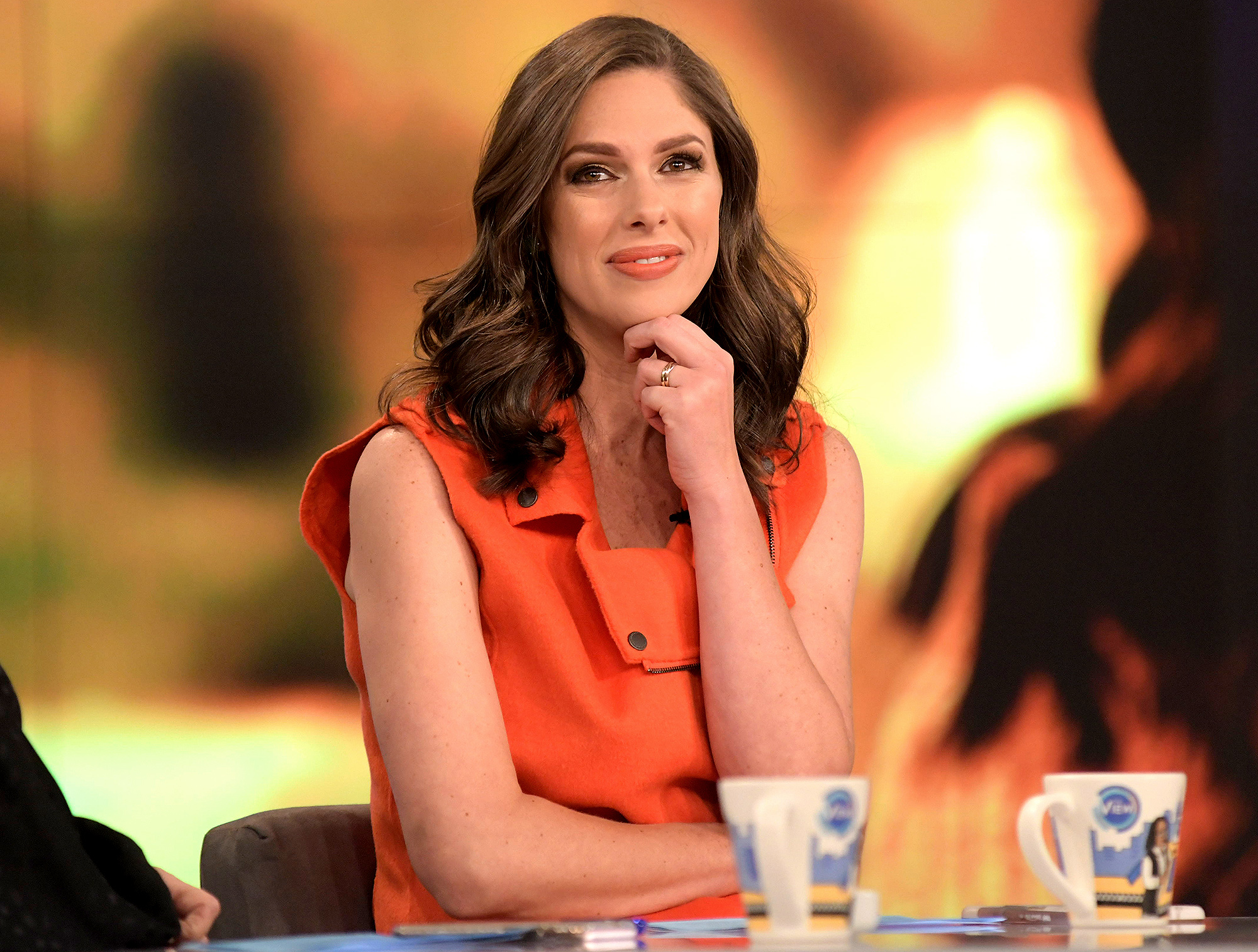 Abby is a very talented and skilled reporter. She not only reads the media but also does a proper investigation of the news. She started her career when she was just 16 years old. She is considered to be one of the most famous personalities in American Media.

Anna Kooiman is one of the top 15 hottest news anchors who served as anchor and reporter for Fox News Channel (FNC). Anna was co-host of the FOX & Friends weekend program. She used to cover health and fitness along with general assignment reporting for FNC. 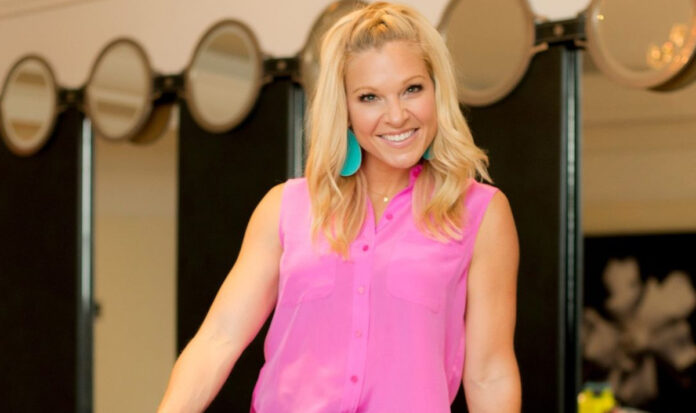 In 2016, she left Fox News and moved to Australia with her husband. She started her online fitness business for moms/mums, Strong Sexy Mammas in Australia. Anna is currently working for Australia’s Network Ten.

Kimberly Guilfoyle, news anchor at Fox News Channel is one of the hottest news anchors from America. She served as an advisor to Donald Trump, 45th President of the United States when she left Fox news all of a sudden in 2017. 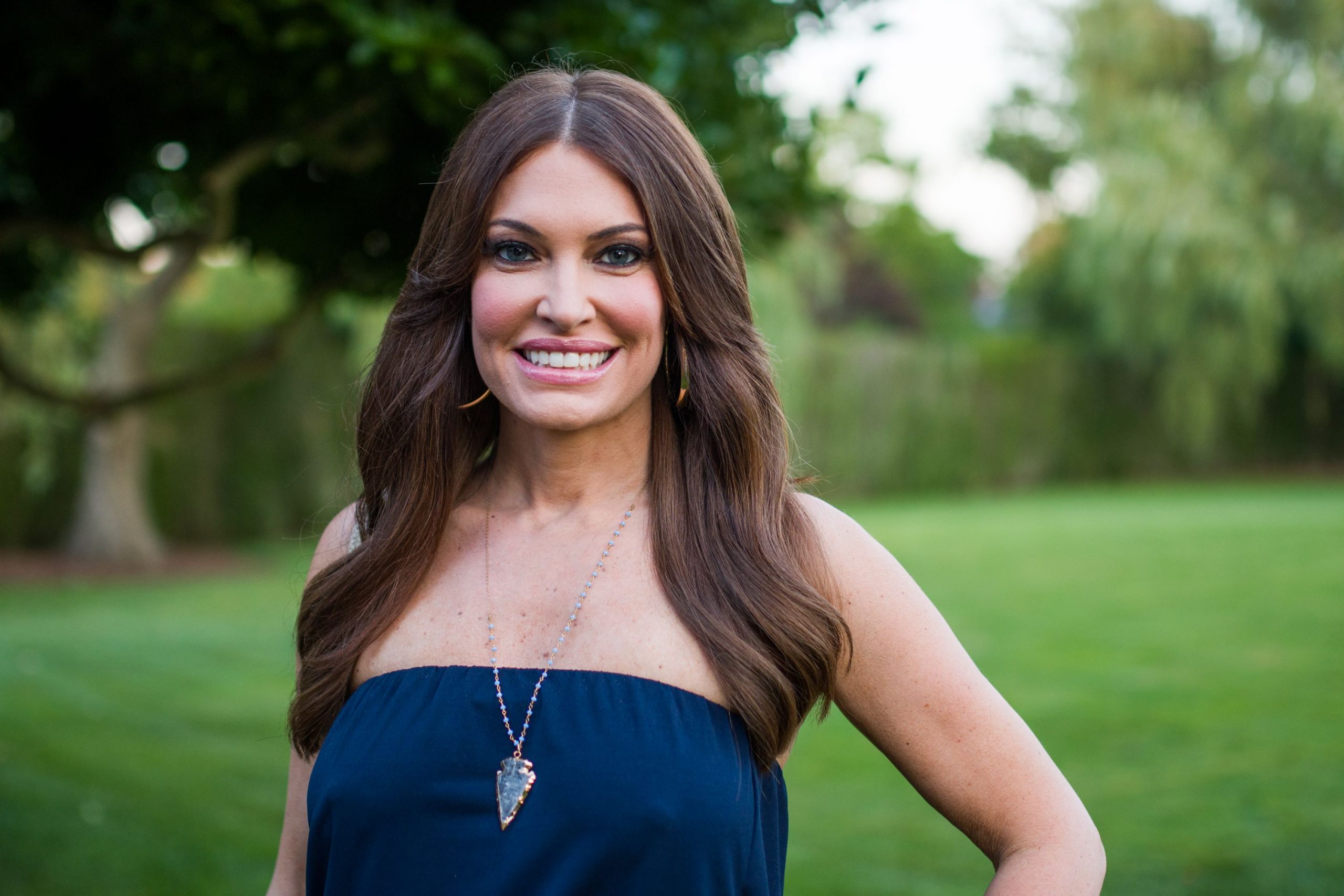 She worked for 12 years at Fox News and was one of the co-hosts of “The Five” show which telecasts on the channel. In 1994 she received her doctor of law degree from the University of San Francisco School of Law. 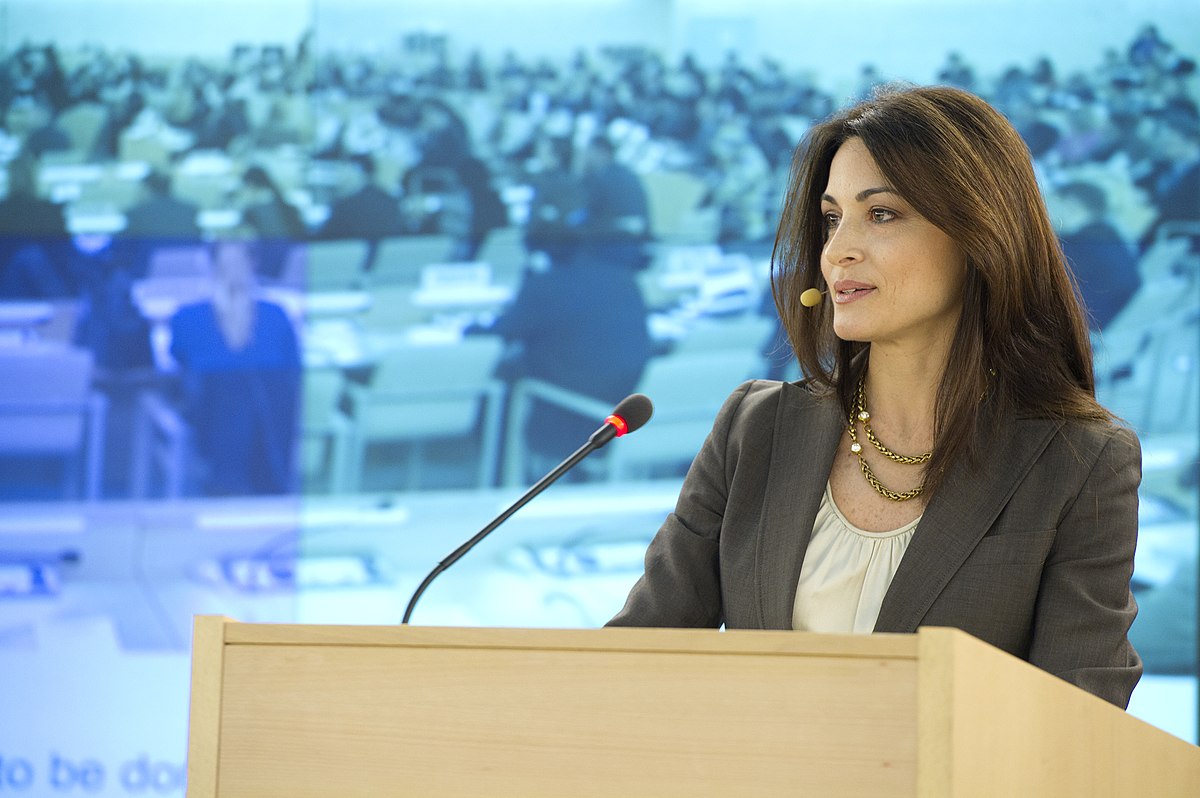 She completed her Master’s degree in Near and Middle Eastern Studies from the University of London in 1996. Ghida Fakhry started her career as media east analyst in the media industry for CNN. She was named among the World’s Most Influential Arabs by Arabian Business Power 500 in the year 2013.

Jennifer Lee was a television news presenter at Fox news channel with stunning looks which makes her deserve a place in the list of the world’s hottest news anchors. Lee started her career as a freelance reporter for the San Francisco community newspaper and then later joined Fox news. 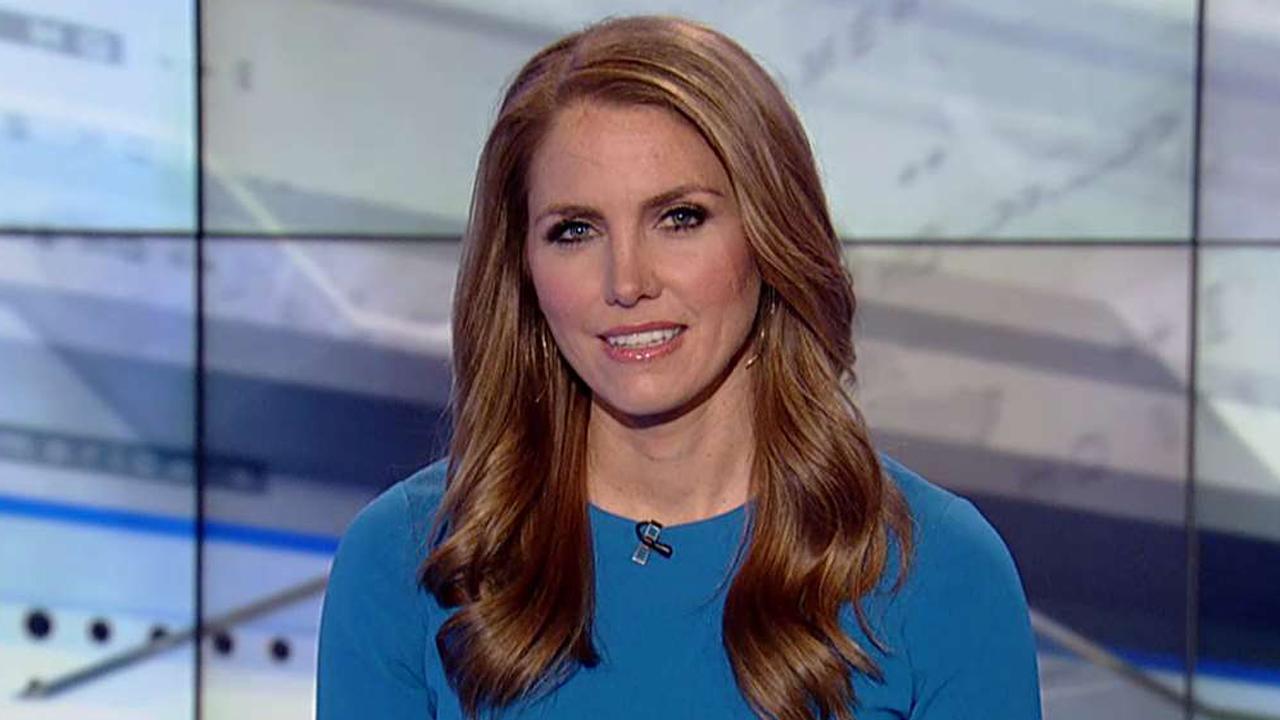 She was co-host of the news program “Happening Now” with her colleague Jon Scott on Fox News. She graduated with a master’s degree from Columbia University Graduate School of Journalism in the year 2005.

Gigi worked as host and co-producer for the “Inspiring Women in Business” TV interview series at Bloomberg TV. At present, she is working with the NBC news channel. Rye earlier worked for multinational cable news channel CNN as a political commentator however she was released by the company just before the US 2020 presidential election. She appeared as an on-air personality on many leading media outlets like HuffPost Live, TV One, and BET.

Robin Meade is definitely one of the hottest anchors in the news industry to date as she was formed Miss Ohio and also the runner-up of the Miss America pageant. She is presently working as lead anchor for the Morning Express show telecasted on HLN TV.

She in fact released a couple of music albums as well for which she won the regional Emmy Award. She specialized in radio/television production at Malone University and Ashland University in 1991.

With this, we are done with our article – 15 hottest news anchors in the world!