Amid a rise in coronavirus (COVID-19) cases in the United States, the annual Consumer Electronics Show (CES) was concluded in Las Vegas.

With glimpses of the future, the companies showcased magnificent technology. Here are some major highlights from the event:

Metaverse and more
At CES 2022, the concept of metaverse took a centre stage. Metaverse is described as a network of 3D virtual worlds focused on social connection.

It can be understood as a hypothetical iteration of the Internet as a single, universal virtual world, which will be facilitated by the use of virtual and augmented reality headsets.

From gaming to auto tech, companies such as Hyundai, Shiftall, Owo have showcased tech that will unlock the metaverse.

Mind control technology?
The continuous advancements in the various areas of technology have made the functioning of life on this planet (or maybe beyond) easier. Recently concluded CES also gave a glimpse into the future tech.

How the technology will evolve in future? Will there be a possibility of mind control with the help of technology? Yes, it might be.

French startup Wisear is working on technology that detects the signals that zip between the brain and certain muscles, in order to use them to operate connected devices.

Wisear co-founder Yacine Achiakh said, “Over the past 30 years we have significantly improved the digital power around us but we still use the same tools — keyboards, mouses, touchscreens to interact with machines.”

“Voice control is coming, but it’s slow, and it doesn’t always work. So we want to create an interface that is inclusive and easy to use,” he added.

Important to note that at this stage, his team has paired the system with earphones that can recognise the movements of their user’s jaw. The user can pause the music playing on their cell phone and then restart it by moving their jaw in chewing-like motions.

His company intends to perfect its technology to sell to the tech industry’s giants and they will be able to integrate it into headphones but also augmented reality glasses, allowing users to control the display without taking out their smartphone.

Robot dogs in the metaverse?
Robo dogs by Boston Dynamics are back and this time they are going to the metaverse. Are we ready for that? Read how will it be a possibility.

Last year, when Hyundai snapped up the robot maker last year, it raised questions about what the South Korean automaker might be planning.

To the bright pop of South Korean boy band BTS, the yellow-bodied four-legged tech did a choreographed routine at Hyundai’s booth for a crowd recording every step on their phones.

But the performance also included an animation of a vision for using the robots as the eyes and ears on Mars for people who could then experience the Red Planet in the metaverse.

A self sailing boat
During the CES 2022, Hyundai presented what it called the first “self-driving” boat. It is equipped with cameras, depth sensors and artificial intelligence systems.

The boat in 2021 made a 10-kilometres trip with 12 passengers on board in South Korea, and Hyundai has announced preparations for a large merchant ship to sail with this same technology.

Electric snowbike
Snowbike, with ski on the front, a track on the back, handlebars, a padded seat and a battery – the MoonBikes are the first electric snowbike, as per the start-up that makes them.

“It’s electric and quiet, so it doesn’t bother customers and it protects the environment,” said Nicolas Muron, founder of the French company.

“88 per cent of snowmobile users are men, with an average age of 46. So they are not for everyone. I wanted to make a machine that was easy to use,” Muron said, adding the machines feel a bit like skiing.

Electric and concept cars
Auto tech always grabs attention at the CES and this year also, the display of tech was exceptional, such as BMW teased a colour-changing car. Not just that, a self-driving tractor was unveiled by John Deere.

Major automakers like General Motors Co, Ford Motor Co and Volvo Cars deepened ties with key technology partners this week to gird for the fight against electric car challenger Tesla Inc and Apple Inc as it revs up to enter the market.

Three chip firms – Intel Corp’s Mobileye, Qualcomm Inc and Nvidia Corp – have emerged from a raft of announcements at the Consumer Electronics Show in Las Vegas as the leaders in locking down the brains of self-driving cars for the next decade.

Space tech
With space tourism becoming a reality in recent times, space-related tech companies came up with new and innovative ideas at this year’s CES. Such as Sierra Space, which is building a reusable “spaceplane” to ferry humans and supplies from and to Earth.

“We feel really safe exhibiting there,” Neeraj Gupta, the company’s general manager of space destinations, told AFP. “We really feel it’s important to be there in person.”

While home workouts long predate the coronavirus, they have taken on a social aspect that looks set to become the standard in a world reshaped by the pandemic.

“A big part of going to the gym together is sort of suffering together… you build a camaraderie around that,” Jeremy Needham, who does customer education for US boxing fitness company Liteboxer, told AFP at the Consumer Electronics Show (CES) in Las Vegas.

“And now that we don’t share that space, at least in real time, we have to do it virtually,” he added.

Like other companies that sell internet-connected fitness gear, Liteboxer offers customers access to workouts, competitions and other features for a monthly charge — on top of the roughly $1,200 wall-mounted machine.

The market for fitness tech has been growing for years, but the industry has gotten a boost in the last couple of years, similarly to how the pandemic accelerated e-commerce and remote working trends.

“Connected equipment exploded onto the scene in a big way as consumers had to shift the way to work out during the pandemic,” CES organizer Consumer Technology Association (CTA) noted in an industry forecast.

Internet-connected exercise equipment was a nearly $3.8 billion market in 2021, and double-digit percentage growth is expected this year, CTA’s forecast said.

“(Customers) want connectivity,” said Richard Kowalski, an analyst with CTA. “They want to engage with other people online.”

Financial technology
A non-fungible token (NFT), which is a non-interchangeable and unique unit of data stored on a blockchain, remained a hot topic during CES 2022. NFTs can be associated with reproducible digital files such as photos, videos and audio.

In recent times, financial technology has seen a dramatic expansion in the platform used by companies, with cryptocurrencies and blockchain defining the market.

“What used to be a sleepy industry has now become the sexiest part of the financial world. Digital payments have fundamentally transformed every aspect of life. If you are a business, you are in the payments business,” said Neha Wattas during a CES panel session on fintech as quoted by silicon ANGLE. Neha is the head of strategic insights, innovation and corporate developments at JPMorgan Chase & Co.

(With inputs from agencies) 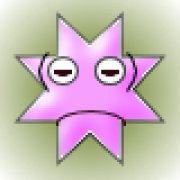 Top Gaming and Metaverse Cryptos for 2022

Natsumi tsuji where is she now ?